The Best Places of Attica

If you are planning tours in Attica you should not miss the following places.

Athens is the biggest city of the Attica and the capital of Greece. Athens is the places of many archaeological buildings like the Acropolis, The Parthenon, Ancient Agora, and more. Also Athens have many beautiful seasides like Varkiza , Vouliagmenis or Glyfada. These districts are characterized by their beautiful beaches and picturesque taverns.

The old city is the most important place of Greece. 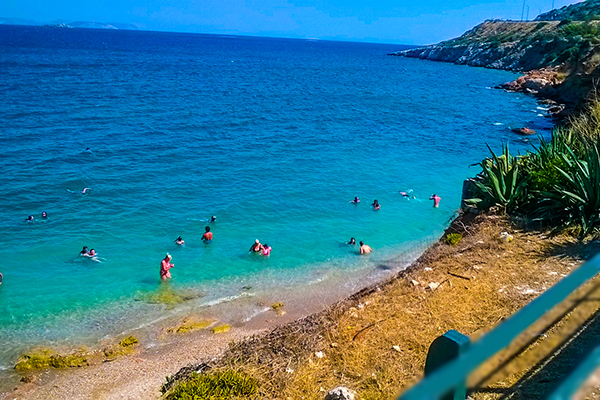 Marathon is one of the most historical places of Attica, located just 40 km from Athens center. known for The Battle of Marathon in 490 BC, one of the important wins against The Persians.

People admire the Marathon not only for its history but also for its beauty of nature. This place is famous for its beautiful lake, which is good place for relaxing and recreation.

Sounio is a cape located in south-eastern coast of Attica. This small seaside town is famous for the Temple of Poseidon the second most photographed place after The Parthenon in Athens.

Lavrio is fabulous historical town located 60 km southeast from Athens center, has its own Port, on a bay overlooking the island of Makronisos. In antiquity, in Lavrion were located the biggest silver mines of Greece. In this day we have opportunely visit to The Archaeological Museum of Lavrion where we can learn much of the story of these mines.

Aegina is a small beautiful island located in the Saronic Gulf, about an hour from the Port of Piraeus. The island is famous of pistachio groves and the ancient temples of Aphaia and Apollo. Aegina is a perfect place for short-time vacations.

The small port that is located in Piraeus, about 12 km of the city centre of Athens. This is a enchanting port with small boats, fishing taverns, and cafe-bars next to the sea. The best place a for a couple to have a romantic evening.

Megara is an ancient town located in west part of Attica in the opposite of the island Salamis. According to the mythology, the cave that drove to Hades, King of Underworld.

Salamis island is located about 16 kilometers west of Athens, and is the biggest island of the Saronic Gulf. This island is famous for beautiful beaches like Kaki Vigla beach or Aianteio Beach. Also there we can admire historical buildings like Mycenaean acropolis at Kanakia, which was built in 13th century BC.

Eleusis is a town located in west part of Attica, about 18 kilometers northwest from the Athens center. Known for the Eleusinian mysteries and is is one of the five sacred cities of Greece along with Athens, Delphi, Olympia and Delos. According to mythology, Eleusis is the birthplace of Aeschylus and place of worship of the goddess Demeter.

Loutraki is a beautiful village located 80 km from Athens and 10 km from Korinthos. These places are famous for its clean water, the beautiful promenade and the largest casino of Greece.