The Best Places to visit in Peloponnese

If you planning a Tour in Peloponnese don’t miss the following places.

Epidaurus Theatre was created by Asklipieio in 340 B.C. and is the most beautiful and best preserved ancient theatre of the world!

The scene has a diameter of 20m, the theatre consists of 55 rows which are divided into 24 segments paths. This masterpiece is able to accommodate 13,000 spectators apparently!

Epidaurus is included in the list of world heritage sites of UNESCO.

Nafplion is located on the Argolic Gulf in the northeast Peloponnese. This seaport town was first capital of new Greece from 1821 until 1834.

Today we have the opportunity to admire interesting buildings like the fortified castle called Bourtzi or the Venetian castle Palamidi which is situated high on the slope of the mountains.

Also a very beautiful and interesting place is the old city with its picturesque centre square.

Mycenae is located on the north-eastern part of Peloponnese and is one of the most important archaeological sites of Greece.

The acropolis castle dates from between the 14th and 13th century B.C. when the Mycenaean civilization was at its peak of power.

According to mythology the city was founded by Perseus.

But the king Agamemnon made Mycenae the most important politically and culturally place of Greece in the era of bronze.

We can see the Castle in the movie “Troy”.

Porto Heli is located on the west side of Peloponnese and is small picturesque seaside town with big port where boats from around the world arrive.

Porto Heli is famous of its beautiful small beaches and cosmopolitan atmosphere.

An excellent for family vacations!

Near Porto Heli is the City of Hermioni and Costa Port where you can go by boat to Spetses and Hydra islands!

Olympia is located is the west side of Peloponnese and is probably one of the most important archaeological sites of Greece.

In Ancient Greece took place the first Olympic Games with representatives from all the Greek city-states.

Today we have opportunity to admire many interesting buildings like the Ancient Stadium, the Temples of Zeus and Hera, the Palaestra and the workshop of Phedias.

Don’t leave Olympia without visiting the impressive collections in the Archeological Museum. 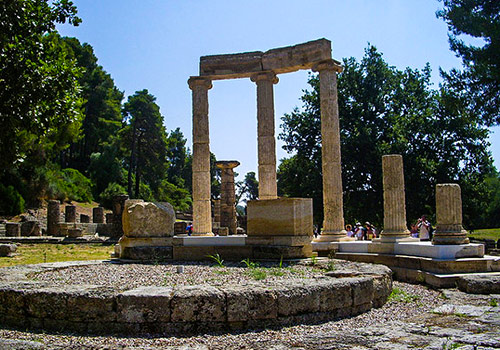 This is small island located on the southern side of Peloponnese and is called the Caribbean of Greece.

This island is famous of exotic beaches with golden sand and amazing blue colors of water.

Ferries to the island leave from the small port of Neapoli. 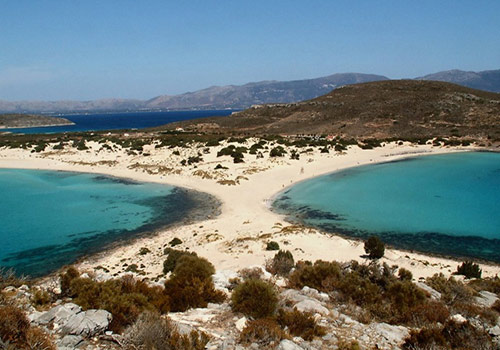 Kalavryta is located on the northern side of Peloponnese and is one of the most beautiful mountainous towns of Greece.

This town is famous for its Monastery of Agia Lavra.

Also is an excellent choice for winter vacations as a Ski Center is located there, on the slopes of Mount Helmos.

On the southern side of Peloponnese in located Sparta, the ancient town, which is now famous from the movie “300”.

Ancient Sparta was the most powerful military city town of Ancient Greece. Today Sparta is modern town with interesting museums, such as the Archeological Museum and Museum of Olive oil.

Very close to Sparta is located the famous Byzantine Castle of Mystras. Don't miss the opportunity to visit this extraordinary castle.

Another archeological places located in northeastern part of Peloponnese is Nemea.

Alongside its peaceful beautiful surroundings, Nemea is famous of the fascinating museum, the Temple of Zeus and the stadium.

Also is the place where of the most tasty wine of Greece is produced.

Drepano is village located in Peloponnese on the Gulf of Argolis, a short way of Nafplion and Tolo.

This city is characterized by a big beautiful beach with sand or rock and its small ancient castle.

An ideal place for camping.